Post production is all about attention to detail and working really hard on things over and over again. This is why it drives me crazy. 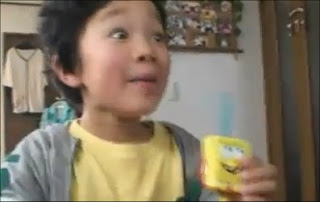 Call me the poster child of the ADD Generation.

Color correcting and audio mixing were not going to be my bag (thanks to Ryan Chambers and Toshi, respectively, for not letting me ruin my movie by being in charge of these things), so I took the reins on...well, a lot of other stuff.

The first thing was hiring a publicist (Jewell Sparks of Indie Vixens). The problem is that just making a movie isn't enough. Then people have to know you made a movie. That's the only way they'll ever see it. Even if you want to do the festival circuit, what judge is going to take time to consider some dumb movie that he's never heard of when there's a stack that he's been getting buzz about?

And further, if you get into a festival, what good does that do? You still have to convince people to come to your screening. And that's where the real work begins.

Building the website, facebook, twitter, imdb, and this very blog, have all been done in the name of publicity. In all, I've probably put more hours into all of this stuff by now than I did to actually make the movie. We also made a poster: 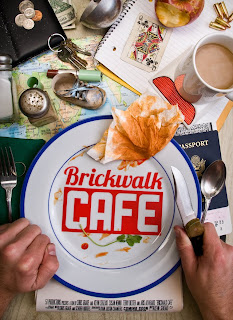 Listing the movie on Withoutabox (a festival submission website), finding out that most of the good ones are not on there and you have to make all your resumes and bios and stuff again elsewhere, submitting the films (see: paying lots of money), getting rejected by festivals, and trying to find other ways to get people interested in the movie...they all cost time. And money. Oh, so much money.

Fun fact: hiring lawyers cost as much as the ENTIRE rest of the production.

And that brings us to now. You now know everything that I do about the process of making a movie. The rest will be learning as I go, and I'll share it here as it happens. The main thing I learned is that for as much as it sucks, you have to go out and do it. The difference between what people thought of me and who would talk me seriously before and after this is astounding. Once you put your own money on the line and make something happen without dying or killing everyone involved, you've withstood a trial by fire that apparently is a requirement to get anywhere in life. 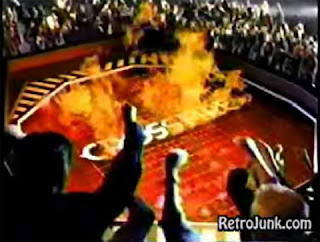 Pretty much
Posted by Chris Graue at 8:05 PM No comments:

The funny thing about making a movie is that getting it written, financed, and shot is only half the battle. These are probably the biggest obstacles people have in their mind about making a movie, but in reality, it's what comes next that determines whether a film lives or dies. 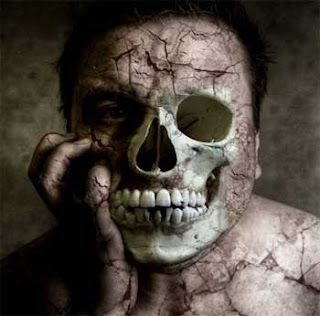 Concept image from Brickwalk Cafe 2: The Death of a Film

Unfortunately, this is where my talent and my interest mostly ends. The next day when we returned the gear (thanks again to Ryan Chambers who went way above and beyond his call of duty), on the drive home I was itching to start shooting a new one. Though my feelings were positive, I was ready to put Brickwalk behind me. That, sadly, is not how it works.

The next month or so, not much got done. Nobody involved wanted to think about it for the time being, and we hadn't hung out socially without having tons of work to do for quite some time. Some of my awesome friends managed to throw me a surprise wrap party which was a classy move on their part because I had completely neglected to put one of those together. I think that should have been my job. Whoops. But beyond that, our brains melted into a sort of gelatinous goo that quivered at the thought of the task ahead of us. 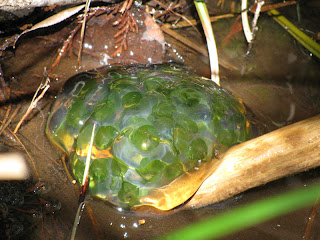 Finally, we realized that we would have to finish this thing at some point, so Brian Nenno mounted the work-day-job-then-edit-all-night horse and rode off into the sunset. 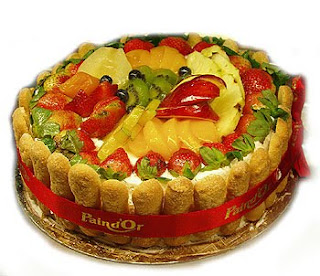 I couldn't find a picture of one of those, so here's a fruitcake

Kevin and I ended up having to step in at certain points where Brian's actual job had to take precedence. Something about "they pay me so I can support my wife and eat food." I'm not sure I buy it.

We managed to eek out a rough cut by the Sundance late deadline...barely. It wasn't color corrected, the audio was a mess, but it happened. But, dear readers, even this doesn't begin to encompass the work that must be done after a movie is shot.
Posted by Chris Graue at 7:42 PM No comments: